Getting in shape - Triadic Harmony

When learning harmony on the guitar getting your fingers around the various chord shapes is just the beginning.
Understanding the relationships between the chords is what really counts and good starting point is get a handle on primary triad harmony.
The primary triads are the 3 major chords in any given key. For this lesson we'll be in the key of A major so in this case:
I = A major - A, C#, E
IV = D major - D, F#, A
V = E major - E, G#, B

Many songs are almostly entirely composed of these three chords so if you can get familiar with sound and feel of I, IV & V's it's an excellent foundation on which to build. The following chart shows the part movement between the three chords. If you're going from the I chord to either the IV or V chord the same rules will apply. 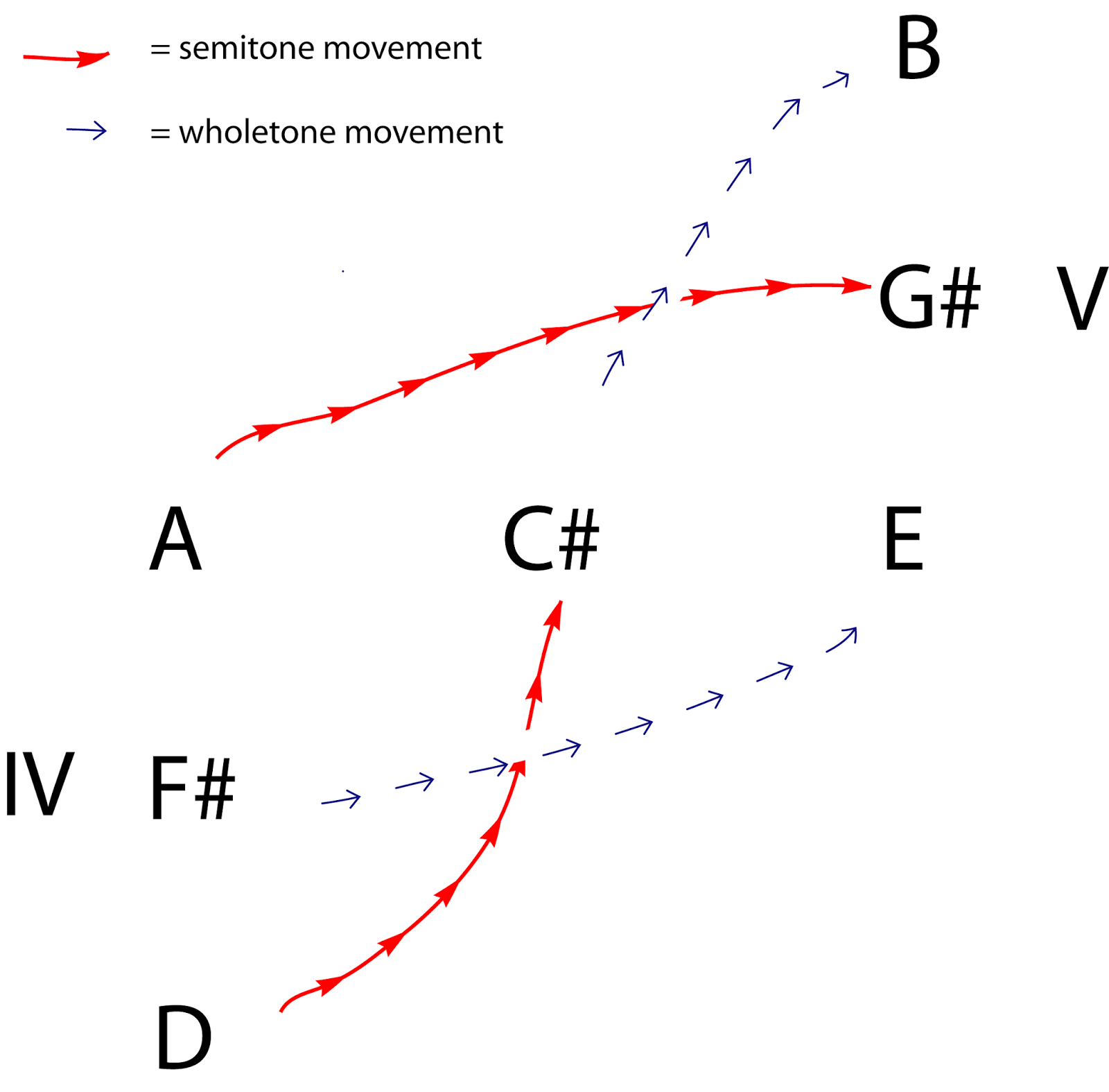 The horizontal axis is the I chord.

Here's the notation and tab for the way we're going to play them. The pattern of I - IV - I - V reflects the way they often turn up in chord sequences and such is almost a mini song. Bear in mind they can be used in almost any order though. Each group of three are as close to each other as possible. In other words there's the least amount of movement from one chord to another. 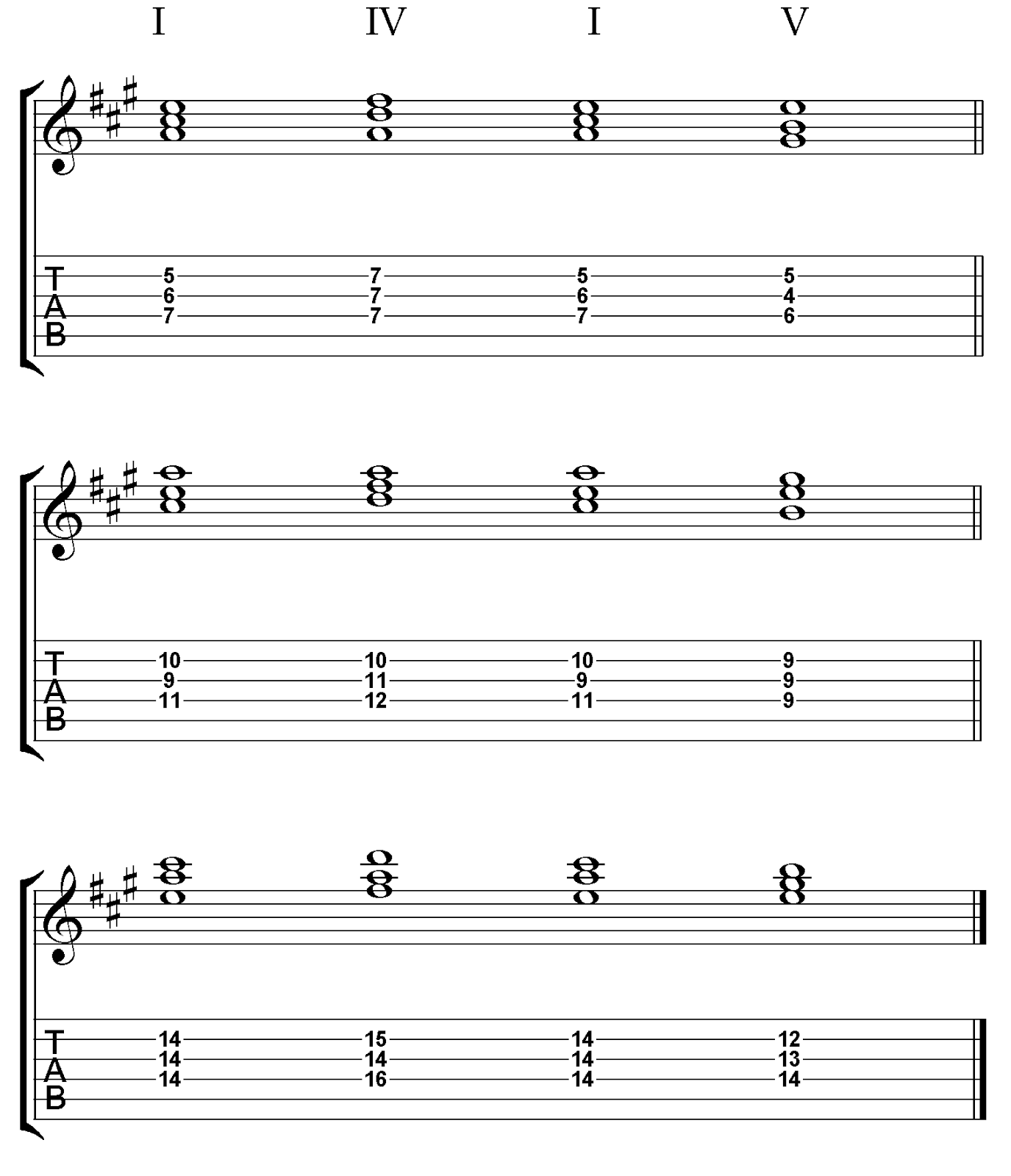